MOMocrats Readers: Tell Us Who You Are Survey

After nearly torpedoing the world economy with the manufactured debt ceiling crisis, the Tea Party House of Representatives has decided to take a three-week break. (Never mind that they leave the FAA floundering without a budget; if I were them I’d consider taking the train back home to my district — it’s kind of hard to enforce airline safety when the government stops paying the workers). 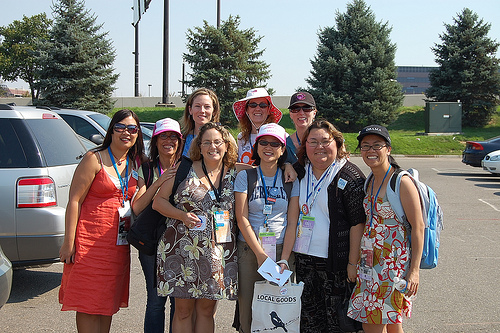 The MOMocrats also have summer plans, which include a reunion in San Diego this week for the BlogHer conference. Unfortunately, not all of us are able to be there — but enough MOMos from around the country will be in attendance to allow us to have an extended, in-person meeting. This is fitting, because Elizabeth Edwards’ keynote at BlogHer was the inspiration for the MOMocrats site back in 2007. It will be something like a homecoming.

It will also be our first opportunity for a quorum of MOMos to make plans about where we want to take the site in 2012. We’ve changed a lot since ’07, and we suspect our readers have, too. But those are only suspicions. We invite you to do us the favor of taking a short survey, to help us determine what our priorities will be.

We’re hoping for as many readers as possible to participate by [3:00] PM Pacific Time tomorrow (August 3), so we can use it as a framework in our planning session.

And if you’re going to be at BlogHer, we hope you look us up!