We admit to enjoying a little bit of schadenfreude over the revelation that Ted Cruz has dual Canadian citizenship. After five years of accusations against President Obama’s eligibility to be President, it’s fun to watch the birthers explain why Cruz (who was born in Canada to an American mother) IS a “natural born American” while they keep insisting that Obama (who was born in the United States to an American mother) is not. Cruz is behaving exactly as one would expect from someone gunning for the Republican presidential nomination in 2016. Over the weekend, he released his birth certificate, which proved he was born in Calgary — and led to his surprise discovery that according to Canadian law, that made him a citizen there, too. 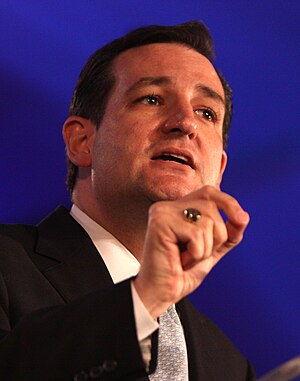 So yesterday, Cruz let his supporters know that he would be renouncing his Canadian citizenship. Sadly for him, you can’t just shed your citizenship with a couple of chants of “I divorce thee.” He’s got about eight months to enjoy being Canadian. We think he should take advantage of that and get up there to enjoy the beauty of his other homeland. We won’t miss him.

Freshman Democratic Wisconsin state Representative Chris Taylor wished to learn more about the issues she was asked to vote upon, so last month, she attended ALEC’s annual conference in Chicago… and realized that her state had become an “ALEC petri dish” — with the United States on its way to becoming an ALEC nation. Teresa Riley of Moyers & Co. interviewed her about the experience:

It is a well-oiled machine. They’re really organized, they’re really coordinated and they have the resources. And they’re not afraid to push it when they have the opportunities. Now they have 24 state legislatures that are Republican controlled and they have Republican governors. So they’ve had incredible success. They’ve had 71 bills introduced just this year that make it harder for most people who are injured to access the courts. We’ve certainly seen that here in Wisconsin. That was one of the first things that Walker did when he came in was push this tort reform through.

Remember Fukushima? The shuttered nuclear power plant continues to be an environmental disaster — one you’re not likely to learn about on the evening news.

Justice Antonin Scalia doesn’t like it when the Court “invents new minorities” entitled to equal protection under the law. Except when it applies to Republicans.

And Justice Elena Kagan told an interviewer that most of her colleagues on the Court can’t figure out how to use email. Think of that the next time they are asked to adjudicate a technology case.